As we drove north through Finland ,at questionable speeds, we agreed that a shouted command of “STOP!” would only be questionable after stopping. It was worth checking everything out.

It was a good plan that bought us better views of Moose, Rough-legged Buzzard, Hawk Owl and Capercaillie to name a few.

On this occasion, John, the driver of the leg of the journey that took us from the forested landscape of the middle and south of Finland to the alpine tundra looking landscape of the north, made the call. He must have done this silently in his head while his right foot reacted hard with the brake pedal as the rest of us lurched forwards. As the g-force of braking was holding our bodies in situ he managed to turn his head and announce calmly but with raised brow expression that there was a Ruff lek “right next to the bloody road!!”. 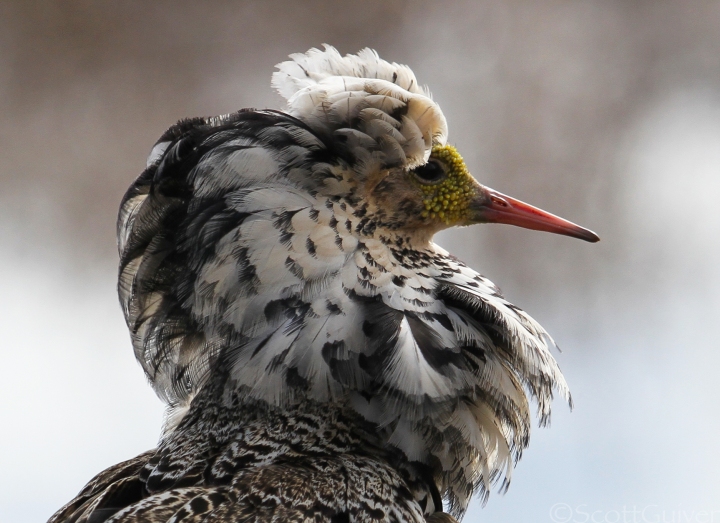 The sharp eye and quick reactions of John afforded us amazing views of this awesome wader. Two exhausted looking males in all their magnificence lunged, jumped and postured in-between micro-naps as distant females looked on.

As I lay half on the road , half on the side of the road ,sacrificing my legs to any oncoming vehicle , I was totally in awe of the efforts of the dark coloured male to retain his territory. I was so mesmerised by the drama before my eyes that I had to remind myself to photograph what I was watching.

Every time the darker male decided to have a doze, his lighter maned counterpart strove to take advantage but was held at bay each time by superior jumps and lunges.